You don’t hear much about sickle cell disease or trait these days, but it affects hundreds of thousands of Americans each year. Though it’s very common in people of African heritage, people of other races and ethnicity can also inherit the condition.

Hispanic Americans from Central and South America and people of Middle Eastern, Asian, Indian, and Mediterranean descent also carry the trait. Eight to ten percent of African Americans have sickle cell trait according to hematology.org.

The Sickle Cell Association of EscaRosa Inc. and the Potters Smile Dental Group are inviting the public to attend an event to bring awareness to sickle cell disease and trait, the importance of screening and the special dental attention needed for patients affected with it. A reception on June 10 from 4 p.m. – 7 p.m. will be followed by a blood drive on Sat., June 11, 2022, from 10 a.m. until 2 p.m., both at DeVilliers Square (321 N De Villiers St.) in Pensacola.

Sickle cell disease, or SCD, is a group of related disorders that affect red blood cells. It gets its name from the crescent or sickle shape that red blood cells form into and stick to red blood vessels that block blood flow. It is a serious health problem that can cause severe pain, infections, anemia, organ damage, pain and swelling of the hands and feet, leg ulcers, jaundice and complications during pregnancy.

People with SCD in the US have a median life expectancy of 42–47 years. It has only one FDA-approved treatment, no widely available cure and some people may have limited access to appropriate care, according to the American Society of Hematology.

People with SCD and SCT also face dental issues. The Potter’s Smile organization will address these issues while in Pensacola. They provide a program to help dentist’s offices throughout the country to provide training on properly treating patients with sickle cell disease or and trait.

“Most Sickle Cell patents are not aware that this genetic blood disorder may not allow them to have certain dental procedures,” is stated in the organization’s informational materials.

Researchers believe that SCD and SCT impact African Americans at disproportionate rates because they are evolutionary traits that individuals develop in response to help protect them from malaria. Around 50% of the global population live in areas where malaria exists.

A 2015 report entitled Sickle Cell in Sickle Cell Disease in Latin America and the United States published in ResearchGate.net states, “Only three countries in the Americas support population-based screening programs for Latinos: U.S., Brazil, and Costa

Ithanet.eu reports that prevalence of sickle cell disease carriers in Mexico range from 0.4-1% in Mexican mestizos, 4-7% in selected populations and as high as 12.8% in Mexicans with African ancestors according to haemoglobinopathy reports on ithanet.eu.

In Florida, screening for SCT is required at birth. Testing is done with a simple blood test, and early treatment is key. Medications for children are available. The Sickle Cell Associtation of EscaRosa makes testing and information available year-round. 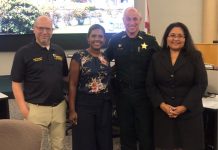 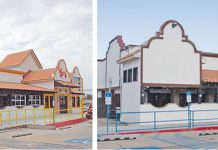 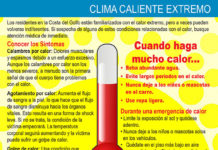 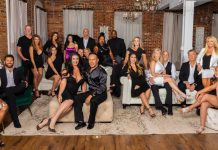 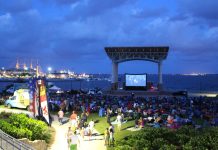