“The US and the Holocaust” Screening Event

PENSACOLA, Fla. ― “The U.S. and the Holocaust” is a new three-part, six-hour documentary coming to PBS this fall. In advance of this television event, WSRE PBS will present a free 40-minute preview screening of the film followed by a panel discussion led by Steve Nissim at the Jean & Paul Amos Performance Studio on Thursday, Sept. 8, at 6 p.m.

Inspired in part by the United States Holocaust Memorial Museum’s “Americans and the Holocaust” exhibition and supported by its historical resources, the film examines the rise of Hitler and Nazism in Germany in the context of global antisemitism and racism, the eugenics movement in the United States and race laws in the American south. The series, written by Geoffrey Ward, sheds light on what the U.S. government and American people knew and did as the catastrophe unfolded in Europe.

“At the center of our narrative is the moving and inspiring first-hand testimony of witnesses who were children in the 1930s,” said Botstein. “They share wrenching memories of the persecution, violence and flight that they and their families experienced as they escaped Nazi Europe and somehow made it to America.”

Nissim’s grandparents and four of their children were killed at the Auschwitz concentration camp during World War II. His father and another son survived. Following the film screening, he will lead a panel discussion among other children of Holocaust survivors along with Rabbi Joel Fleekop of Temple Beth El and Rabbi David Cohen-Henriquez of B’nai Israel Synagogue.

Registration at wsre.org is encouraged, and the first 100 to register will receive a copy of the book “Recue Board: The Untold Story of America’s Efforts to Save the Jews of Europe” by Rebecca Erbelding. Erbelding is a historian, educator, curator and archivist at the United States Holocaust Memorial Museum in Washington, D.C., and she served as a historical advisor and an on-camera expert in the film. 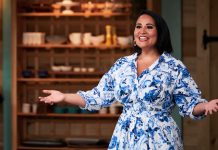 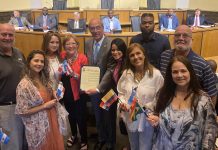 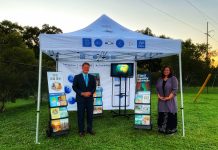 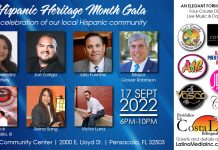 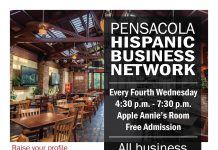