PENSACOLA, Fla. – The longstanding Congressional moratorium protecting the eastern Gulf of Mexico off Florida from offshore drilling expired on Thursday June 30, leaving the area with less protection against oil industry pressure to open the area to leasing. The current moratorium was passed as part of the Gulf of Mexico Energy Security Act of 2006, which codified offshore oil and gas leasing in Federal waters of the Gulf of Mexico and established the Military Mission Line that forbid leasing east of that Line.

The U.S. House of Representatives passed a permanent eastern Gulf moratorium last fall as part of the Build Back Better Act. The U.S. Senate has yet to act on extending or making permanent the moratorium. Florida U.S. Senators Rubio and Scott have introduced a bill for a 10-year moratorium extension. In recent months, the Escambia County Commission, Santa Rosa Island Authority and Visit Pensacola have all issued resolutions and letters to elected officials asking for the existing moratorium to be made permanent.

In 2020, President Trump issued an executive action to extend the current moratorium to 2032. However, such an action is not binding on future presidents. Only a Congressional moratorium carries the full weight of the law, offering the most complete protection against any attempt by a president to lease offshore lands for drilling.

“Visit Pensacola has consistently supported legislation to ban offshore drilling off Florida’s Gulf Coast,” said Darien Schaefer, President and CEO, Visit Pensacola, Pensacola, FL. “It’s disappointing that the moratorium has been allowed to expire. In addition to the trauma caused to marine life, water quality and the coast, the aftermath of the Deepwater Horizon Oil Spill demonstrated that the economic damage extended past the shoreline to impact all aspects of living and working in Escambia County. The dramatic decrease in visitor spending resulting from the Deepwater Horizon Oil Spill meant lost jobs, closed businesses, and reduced tax revenue to support city and county services.”

Schaefer added that while the executive action taken by the Trump administration extended the moratorium to 2032, Visit Pensacola hopes that legislators will put the Congressional Moratorium back in place. A permanent moratorium on offshore drilling in the eastern Gulf of Mexico is essential, he said, to ensure the safekeeping of natural assets and the future of the community.” 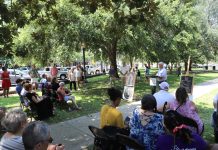 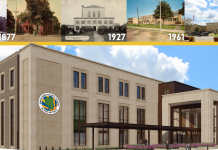 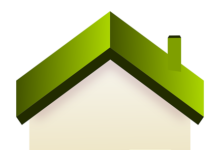 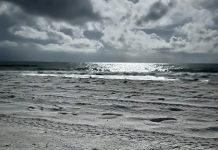