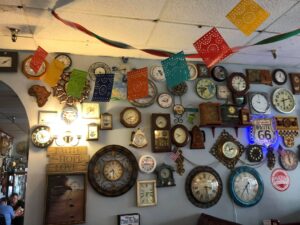 “Me he ganado su respeto,” dijo. 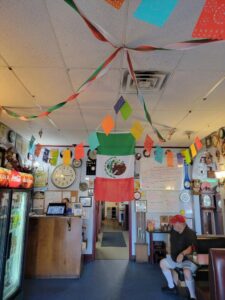 When you walk into Time to Eat Country Café in Theodore, Alabama, you might be overwhelmed by the more than 1500 clocks decorating nearly every inch of the interior walls, but that just the beginning of the surprises the restaurant has in store.

Tucked into the cozy corner of the Theodore Dawes Plaza, Alfredo Fernandez Garcia and his husband Kenneth Clark opened the restaurant in 2001. The years since then are etched in in Fernandez’s mind with incredible detail and specific dates.

The two were in Texas at the time. Clark was working in a field that utilized his degree in computer science and Master’s in physics. Though Fernandez studied law in Mexico, he found himself working three jobs to make enough to survive and send money back home to his mother.

About a year later, the pair hit a rough patch and separated. Clark utilized his savings to open the restaurant in Theodore for his mother to manage. Shortly after, Clark asked Fernandez to come to Alabama and help run the café.

It was only supposed to be for three months,” Fernandez said. “Then six more months turned into a year, then two years. 22 years later, we are still here.”

Of course, it wasn’t always easy. In fact, being an openly gay immigrant in a rural southern town was often quite a challenge. They began promoting the restaurant to the gay community in Mobile, urging perspective customers to stop by the café when traveling to Biloxi.

But some people weren’t ready for change. Fernandez recalls some customers getting aggressive with him and their staff two or three times a week. Still, they persevered and insisted on making their café a safe place for everyone to relax and enjoy a meal.

“Alabama has changed a lot since those days,” Fernandez said.

He added that many of the customers that had difficulty accepting the couple when they opened their doors are now regular customers that visit the restaurant often.

“I have gained their respect,” he said.

As if overcoming bigotry doesn’t complicate life enough, Fernandez immigration status became an obstacle that nearly ruined all they had worked for.

He had overstayed his visa, and in 2014 he was pulled over in Hattiesburg, Miss., arrested and detained. This was his second stop and had previously been placed on probation and ordered to leave the country when he lived in Dallas.

Fernandez recalls being made to lay on the ground and handcuffed while bystanders watched.

“I was in jail for about a week,” Fernandez said. “I couldn’t do anything, not even make a phone call.”

Another detainee had a cell phone that allowed him to use it to call Clark. Clark immediately hired a lawyer, but the morning they were to meet, Fernandez was transferred to a detention center in Monroe, La.

“I was told in awful language that I was to leave [the country] and never come back,” Fernandez said. “[The officer] told us to sign a paper that said we agreed to be deported, but that wasn’t true. I spoke English, so I knew what the papers said.”

But being in a state of fear, Fernandez said he signed the paper and boarded a plane to Laredo, Tex. where he and others were put us in a prison bus.

“The entire time, we were handcuffed and chained to our legs. It made me feel degraded, like trash,” Fernandez said. “I never did anything but work, even paid taxes with ITIN. But they didn’t see that. They just wanted me gone.”

Fernandez said the only person that showed him any humanity was another gay man, an officer in Louisiana who tried to help him.

“In all that hate, there was one man that wanted to help,” Fernandez said with a crackling voice. “When he knew I was going to be gone that morning, he rushed to the jail apologizing profusely.”

“I was deported on May 14, 2012,” Fernandez recounts. “Banned from the U.S. for ten years, plus an additional 20 years for disobeying a federal judge in Texas.”

Fernandez was sent back to his home in Mexico City where he says his mother welcomed him home with open arms.

“My mother welcomed me like the prodigal son,” he said. “She said she didn’t care what happened, what was going on. ‘You are my son!’ She took me under her wing again.” 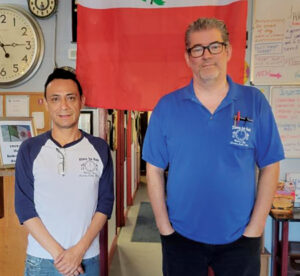 The family reunion proved to be timely. Clark joined Fernandez in Mexico. They were married on June 23, 2014.

Fernandez is grateful that Mexico granted same-sex marriage noting that they changed their law three years ahead of the U.S. He is also grateful for the time he was able to spend with his ailing mother. Fernandez cared for his mother before she died on January 27, 2017. She was 85 years old.

“I was able to give her the love and care she deserved,” he said.

Clark returned to the U.S. and the newly married couple began the process of getting Fernandez back to Alabama. The restaurant played big part of his case. Caring for his mother and the restaurant began to wear on Clark’s physical and mental health.

“All this together helped me prove to the U.S. government that I was needed here on an extreme level and their lives depended on my return,” Fernandez said. “Also that I was a contributing member of the society, economically self-sufficient.”

Fernandez remembers how he had to travel to Chihuahua to see the consulate about getting his green card in Juarez. He was emotionally touched by seeing people helping others that were waiting to see the consulate. Many would give them food and shelter to sleep.

“It is amazing how much they share,” Fernandez said.

Since then, Fernandez said his mission has been to take care of the restaurant and to publicly celebrate Mexico and the U.S.

“This place is a place with soul, not just a place to eat. My customers come to laugh, cry, tell me their pains, joys,” he said.

Fernandez added, “My mission is to make sure people know that everyone is welcome regardless of religion, race, anything, and people will be treated well here.” 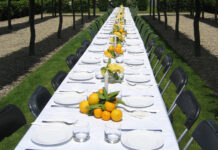 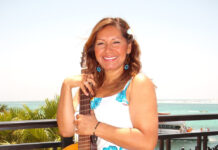 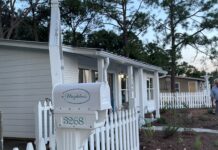 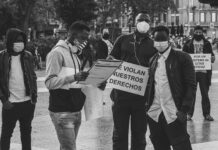 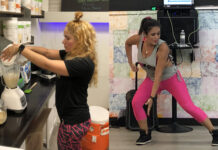