Agents have been making arrests in Navarre, Pensacola, Fla. and in Foley, Ala., all part of a long-running concerted nationwide Homeland Security program called “Operation Cross Check.” In January ICE had announced that its field offices would launch “surges” of arrests with promises of more to follow for this summer. The local ICE office would not confirm details of its recent activity, but did establish that the operations were part of Cross Check.

ICE, tasked with apprehending and removing unauthorized immigrants, has been utilizing this particular program for at least six years as a method of targeting convicted criminal aliens, immigration fugitives and immigration violators, that is, scofflaws of one form or another. In 2015, the program was responsible for the removal of over 2000 “convicted criminals.”

Touted by its purveyors as having been effective in rounding up the “worst of the worst” criminals, it has drawn the ire of immigration advocates. They note that the majority of Cross Check arrests are for misdemeanors and illegal reentries and that the apprehended individuals by-and-large pose no real threats to public safety or national security and, most importantly, that it further exacerbates the breakup of families, something at counter purposes to the stated intentions of the Obama administration.

The scope and duration of the Cross Check operation in our area is not known. What is known is that on Saturday, August 20, 2016 reports of arrests started coming in from the Panhandle Latino community.

According to Josef Mitkevicius, a lawyer, he started receiving calls from family members whose husbands, boyfriends, etc. had been picked up. One woman, he said, had her house surrounded by agents at dawn. They knocked on her door and asked her if her husband was inside. “Yes,” she said. They asked him to step outside and arrested him when he complied.

“By Monday, August 22, the docket room at the Baldwin County Correctional Center in Bay Minette, Alabama reported that they had ‘at least 30 detainees’ there,” Mitkevicius said.

“At 5 am the next morning, Tuesday, they had been picked up and transferred to Pine Prairie (a federal holding facility in Louisiana) and later that day, they (Baldwin County) had another nine from Pensacola.”

Mitkevicius has the same concerns about the program and the wide net it casts. The arrests, he notes, appear to be for old or technical violations such as reentry, or minor infractions such as DUIs or petty misdemeanors. One of his clients has lived in the area since 1995. He was stopped at the border in 1999 on his return from a visit. He was “removed” and then reentered the country illegally. Because it was the reinstatement of the removal order, he was not allowed a bond hearing and has been detained. If deported, he will leave behind five children who depend on his support.

“I am still fighting for a stay of removal or other form of prosecutorial discretion for him,” Mitkevicius said. 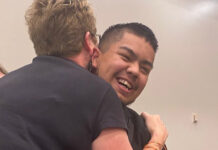 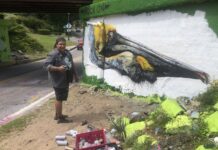 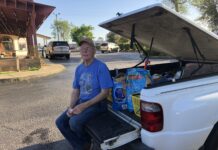 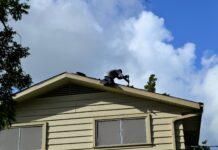 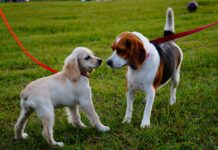