PENSACOLA, Fla. – For the first time in league history, PBR’s (Professional Bull Riders) Pendleton Whisky Velocity Tour will include Pensacola at the Pensacola Bay March 20-21 for the PBR Pensacola Invitational.

With two PWVT events already complete on the Pendleton Whisky Velocity Tour, competition has been fierce as riders attempt to follow in the boot steps of past series Champions Chase Outlaw (2016), Jose Vitor Leme (2019) and Mason Taylor (2020).

The bull riding action begins at 7 p.m. on Saturday, March 20 and at 2 p.m. on Sunday, March 21 at the Pensacola Bay Center.

On Saturday night, all 45 competing riders will attempt one bull each in Round 1. The Top 30 riders from Round 1 will then return for Round 2 on Sunday afternoon. Following Round 2, the Top 15 will then advance to the championship round where they will attempt one final bull, all in an effort to be crowned the event champion. Additionally, the PBR Pensacola Invitational event winner will also earn an invite to compete on the elite PBR Unleash The Beast.

For an enhanced PBR experience, fans can also purchase PBR Elite Experience Add On, which will provide a behind-the-chutes look into the toughest sport on dirt.

The Elite Experience Add On includes a pre-event question and answer session with PBR stars, commemorative lanyard and photo opportunity on the shark cage. For more information, contact PBR Direct at 800-732-1727.

Throughout the 2021 season, PBR will continue to commit to providing a safe environment for fans, athletes, employees, and crew by working with its venue partners to implement industry-leading protocols for live events while following health guidance from local and state officials. All fans, staff and competitors aree required to wear face masks inside the Pensacola Bay Center. Only 42% of arena capacity will be sold to separate fans. All fans will be in POD seating to increases distancing. All PBR staff, riders and stock contractors will be subject to COVID-19 (coronavirus) medical testing. Sanitation will be increased at high-contact areas including bathrooms, concourses, concession stands, elevators, dining areas, and the Pensacola Bay Center Box Office. Hand sanitizer stations will be placed throughout the venue. Mobile ticketing will be encouraged and merchandise sales will be limited to best-selling items to reduce lines and speed up transactions. 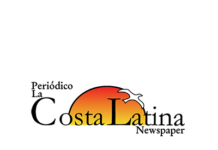 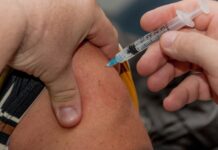 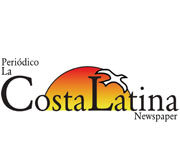 
Deprecated: Theme without footer.php is deprecated since version 3.0.0 with no alternative available. Please include a footer.php template in your theme. in /var/www/wp-includes/functions.php on line 5061